The jury has found former Minneapolis police officer Derek Chauvin guilty of the murder and manslaughter of George Floyd.
The verdict, read out on Tuesday afternoon, was reached by a jury after less than a day of deliberations.
Mr Floyd died on May 25 last year after Chauvin, a 45-year-old white officer, was seen on video kneeling on the 46-year-old black man’s neck for about nine-and-a-half minutes.
The footage drew outrage across the US and triggered worldwide protests and violence.
• Subscribe to ITV News on FItitle: bit.ly/2lOHmNj​
• Get breaking news and more stories at www.itv.com/news​
Follow ITV News on Facebook: itvnews/​
Follow ITV News on Twitter: itvnews​
Follow ITV News on Instagram: itvnews 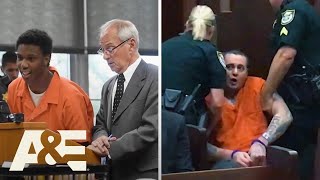 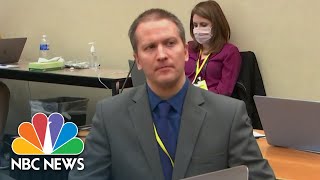 I Sent My Lookalike On NATIONAL News

Taking The Emergency Exit From A Wind Turbine

Why the Menendez Brothers Say They Killed Their Parents: Part 1

when the food is straight up bussin | Kitchen Nightmares

Court Cam: Most DRAMATIC Moments Of All Time | A&E

I Sent My Lookalike On NATIONAL News

Taking The Emergency Exit From A Wind Turbine

Face To Face With Floyd Mayweather

Binging with Babish: Tortilla Chip Sombrero from Despicable Me 2